Upgrades to the Charlottetown pollution control plant are on target and on budget — but the city has had to approve more money for the engineering-services portion of the project.

At Monday night's council meeting a motion passed to approve about $172,000 more in spending for the project.

Richard MacEwen, the manager of the Charlottetown Water & Sewer Utility, said it's been two years since the original contract was awarded and the city's been keeping an eye on costs over time.

He said there were several reasons for the additional spending. 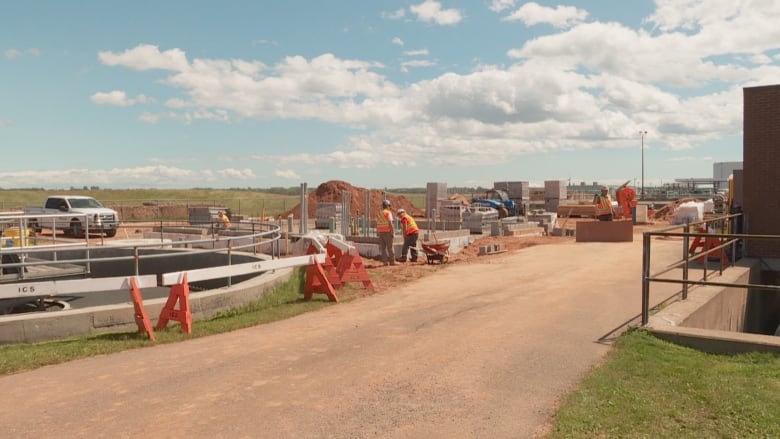 Construction on the two new buildings is underway. (Natalia Goodwin/CBC )

"We recognized the importance of resource recovery, then also employee input here at the wastewater treatment plant letting us know the things that they recognized that should also be included in the upgrades which wasn't included in the original engineering contract."

There is also now a full-time engineer from the contracted company to be on-site during construction.

But the overall upgrade is still within the $12 million budgeted and the project should be complete by the end of the year, MacEwen said. 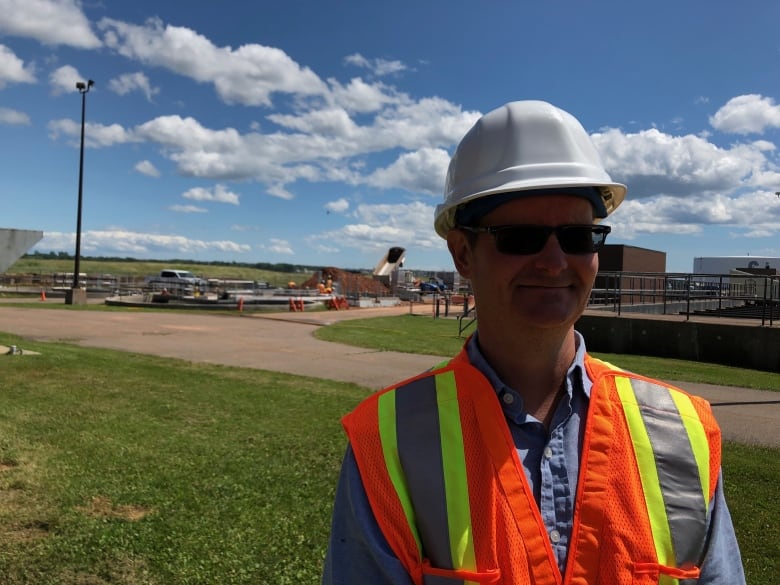 'We will always have the capacity here at the plant whether it comes from Stratford or Charlottetown's growth,' Richard MacEwen says.

"The foundations have been completed for the new two new buildings," he said

"One of them is a thickener building where we're going to increase the concentration of the solids that goes through our plant. And that will help us to manage the solids portion of the wastewater treatment."

Part of the need to increase the money allotted to engineering was because of the deal between Stratford and Charlottetown to take on Stratford's sewage.

That project is now up in the air because of increased costs on Stratford's side. The town is looking at many options including building its own plant.

If the town went that route it would cost Charlottetown $500,000 a year in revenues.

"The number one choice remains sending their wastewater to Charlottetown for treating," MacEwen said

"We will always have the capacity here at the plant whether it comes from Stratford or Charlottetown's growth, anything that we do here to make improvements at the plant is a benefit for us."