The city of Charlottetown is asking residents and businesses to complete recently launched surveys aimed at gauging the current attitude toward single-use plastic.

Single-use plastics, such as straws and take-out food containers, are manufactured for the purpose of being used once and make up about a third of the three million tonnes of plastic waste generated by Canadians annually, officials with the city said.

"This survey comes at a critical time you know, with the province banning plastic bags. So, the city, us being a coastal city, we see the effects very close to our municipality — the effects of what plastics are doing to our waterways," said Coun. Terry MacLeod, chair of the environment and sustainability committee.

The new rules prohibiting businesses from offering single-use plastic bags at the checkout has been in place since July 1.

MacLeod said since the bag ban came into effect the city has received calls about single-use plastic.

I think the bags is just the tip of the iceberg.

"People seem to be talking more in community groups, meetings they're at and they also say, 'Well what are you doing?'" he said.

MacLeod said he is working closely with event organizers to use alternatives to single-use plastics. City hall has been using metal forks for lunches and have already gotten rid of plastic bottles in city facilities.

2 versions of the survey

There are two versions of the survey both aimed at single-use plastic in the city, with one geared toward residents and the other for businesses in the area.

Data and feedback collected from the surveys will help the city get a sense of some of the challenges people and businesses are facing in reducing single-use plastic and may help shape future policy, MacLeod said. 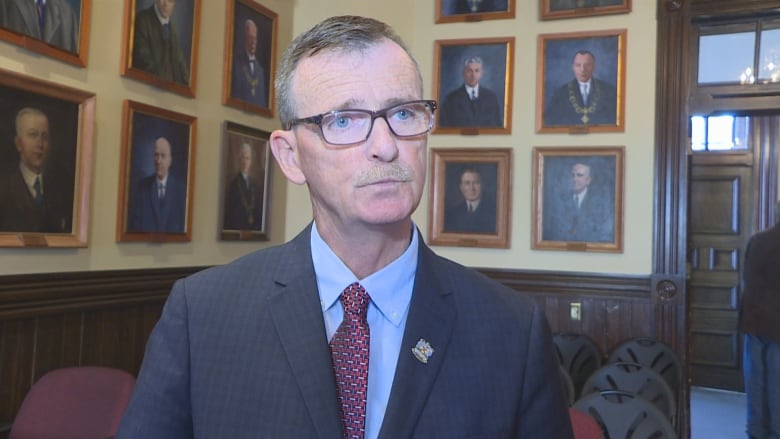 Data and feedback collected from the surveys will help the city get a sense of some of the challenges in reducing single-use plastic and may help shape future policy, says Coun. Terry MacLeod. (Sarah MacMillan/CBC)

"The ultimate goal is to help them to transition to doing more about single-use plastic," MacLeod said.

"I think the bags is just the tip of the iceberg and I think we're going to be heavily involved in ways we can, you know especially with straws and take-out containers … we should be able to do a better job with that."

Those that complete the anonymous survey will have the option be entered in to win a $200 Visa gift card. The deadline to complete the survey is Aug. 29.

The survey can be taken online at the city's website or a printed copy can be picked up at city hall.

The heights of wickedness that can be shown by a human being towards another person can only be im [...]

Thanks to the failures of professional organizations like the Law Society of Upper Canada to suppo [...]

According to our Canadian Charter of Rights and Freedoms, physically disabled people are enti [...]

For how long will certain elements continue to tarnish the highly esteemed image of the law profes [...]