Researchers are tracking a great white shark named Brunswick that has been spending some time in the waters off P.E.I., but they say there is no need to be alarmed.

Scientists with Ocearch put a tracking device on 2.7-metre, 195-kg shark in February off the coast of South Carolina. They watched as it swam north, and spent much of July and August around Îles de la Madeleine and the North Shore of P.E.I.

Early Thursday morning, the latest ping from Brunswick had him swimming up the Restigouche estuary towards Campbellton, N.B. 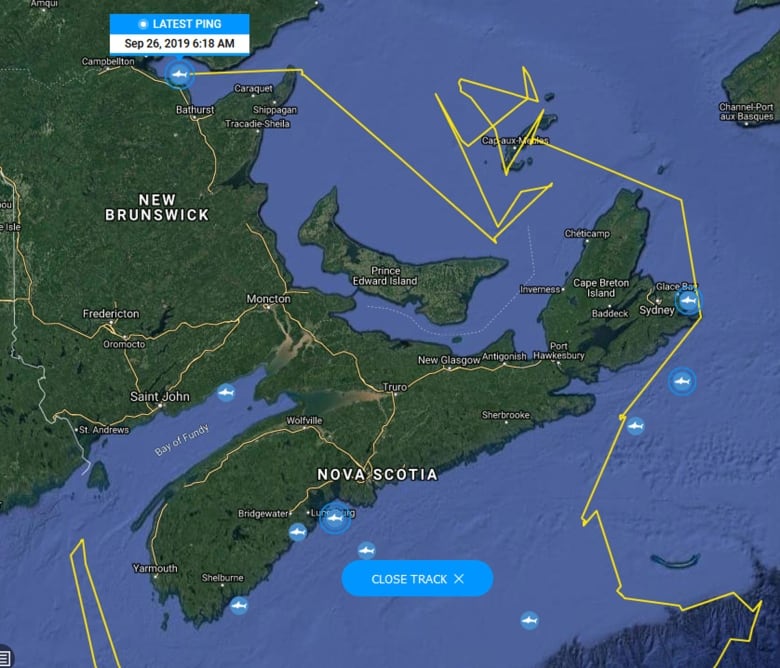 Ocearch expedition leader Chris Fisher is on a boat off Nova Scotia tracking Brunswick and number of other sharks around the Maritimes.

"There's a big white shark puzzle up here in Atlantic Canada that I think people just thought there was the odd shark coming through the area randomly," said Fisher.

"But there's a whole system of white sharks up here now and we're really just starting to get our heads around the tip of the iceberg. If you live in Canada and you swim, you've been swimming with white sharks your entire life. It's something that is talked about only because of the movies. The odds of a shark incident are like over one in 10 million."

Fisher says they're tracking the sharks to find out more about their feeding and mating habits.

He said it's important to find out as much as possible about these animals who are at the top of the ocean's food chain.